What do you get when modernity meets tranquility on an idyllic archipelago? You get the unassuming, beautiful city of Stockholm. Every so often we have the opportunity of visiting places that are least likely to make it on the top of our never-ending travel lists, maybe for business or for a family gathering of some kind. It’s often those places captivate us so unexpectedly. It’s easy to dream of trotting the familiar streets of NYC, imagine basking in the sun somewhere tropical, or exploring the historic sites of Italy while sipping red wine. You know without a doubt that those places are going to be beautiful and chances are you’ll fall in love time after time. But it’s those places where you can’t quite picture what the culture will be like, or place your finger on that one thing it’s known for, that ends up giving you a renewed energy for travel. It’s those places that confirm there is such a vast world to see and venture. 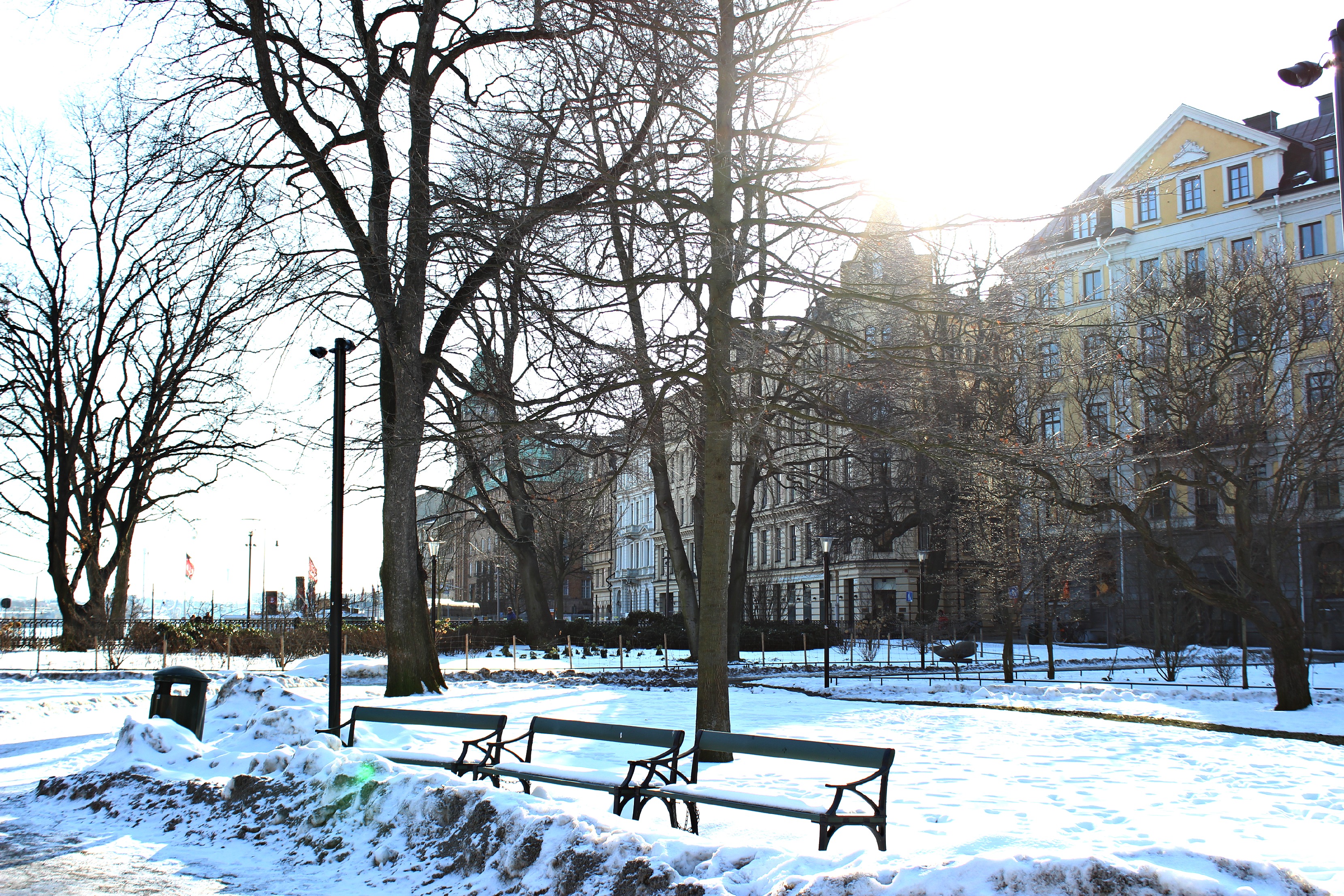 I’d like to bet that Stockholm doesn’t sit on the bucket list of many when, in fact, it has a smorgasbord (see what I did there?) of things to explore and a medieval culture to be unearthed. This capital city, made up of 14 islands, provides a stunning backdrop and sings to the same tune as us with an average coffee consumption of 4.5 cups per day. Hello Fika fix.

One things for certain, there’s a lot more to the rich Swedish food than the meatballs, although lets be honest, the authentic offering in Stockholm trumps that of Ikea so it’s worth a try. Stockholm is a culinary connoisseur for a variety of modern dishes with fresh seafood and ingredients infused in to almost every dish.

You’ll soon notice that dining out in this city can cost you a pretty penny so it’s best to keep this in mind when arranging your travel budget or, alternatively, make a plan to find something more suitable within your price point. 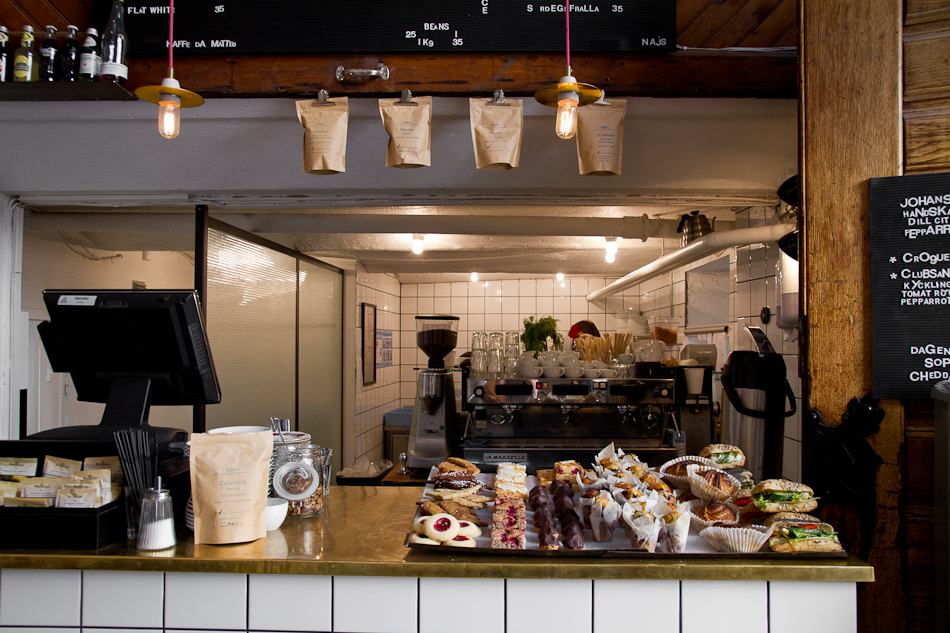 Contrary to what some would like to believe, the idea of gathering your pals in a coffee shop did not begin with a group of 5 besties in NYC. It, in fact, started as a tradition from this very city in the 18th century, and we’re oh-so thankful it did. You’ll also notice that they take their coffee shops seriously and a ‘fika’ is basically a non-negotiable. In fact the cake-coffee combo is practically Michelin Star quality, most definitely not a time to jump on the diet train because this city is pioneering for the foodie. 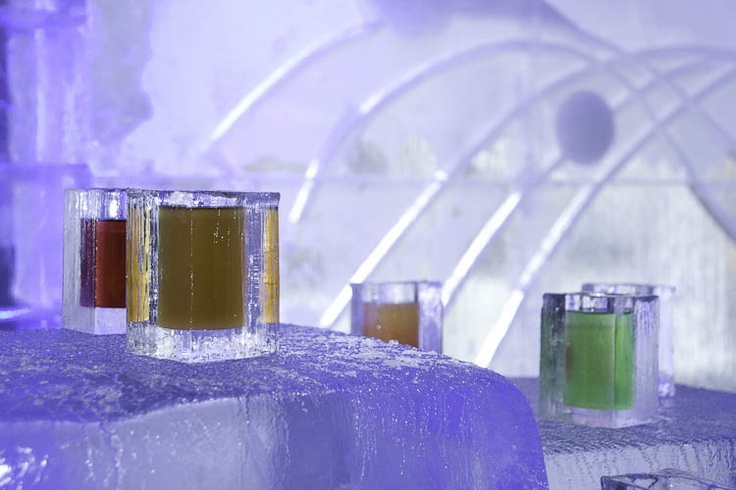 Another Stockholm favorite is the Ice Bar Hotel, prepare to bundle up as you enter this permanent ice bar kept at a chilling temperature of -5 year round. You’ll sip your cocktails from a ‘glass’ made entirely of ice as you cheers to a great experience like no other. Best part? Kids are welcomed during certain seasons of the year when the milkshakes are on tap.

In recent years Swedish fashion has met great success internationally. As with any city, snagging a great new piece of apparel that speaks style from that region serves as the perfect souvenir. Every time you pull it out of you wardrobe you’re likely to recall that trip. Any excuse to shop hey? 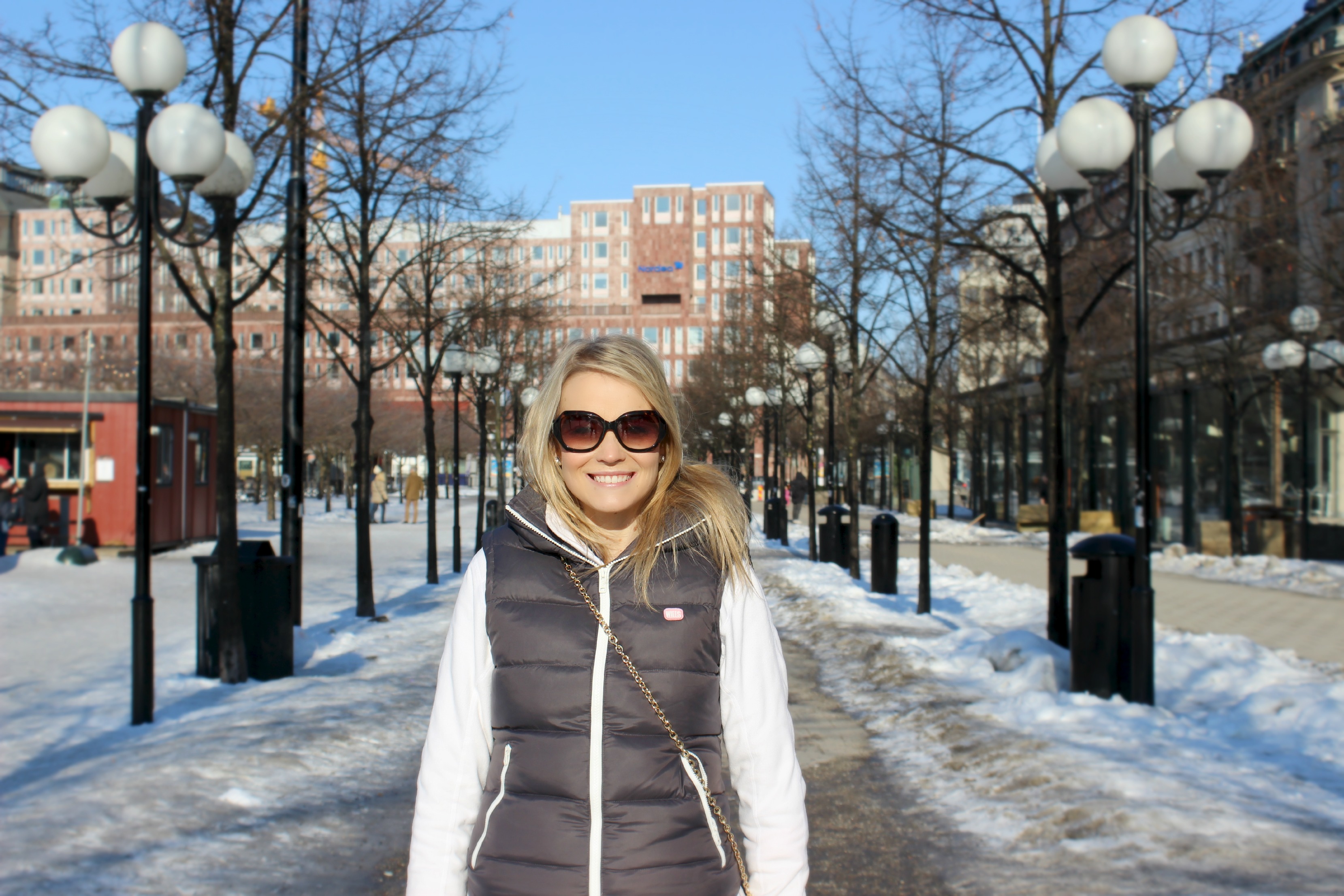 Sofo is a great place to start, it’s a trendy district packed with eclectic pieces of jewelry, trendy boutiques and specialized clothing items. In the warmer months this is THE place to be when there’s a laid back hustle + bustle filling the streets.

Things to keep you entertained.

After you’ve done your fair bit of eating your way through the Swedish delights and trolling the streets of this beautiful city, why not indulge in a Swedish Massage? It’s part of the culture after all. There are a plethora of spas that grace Stockholm. 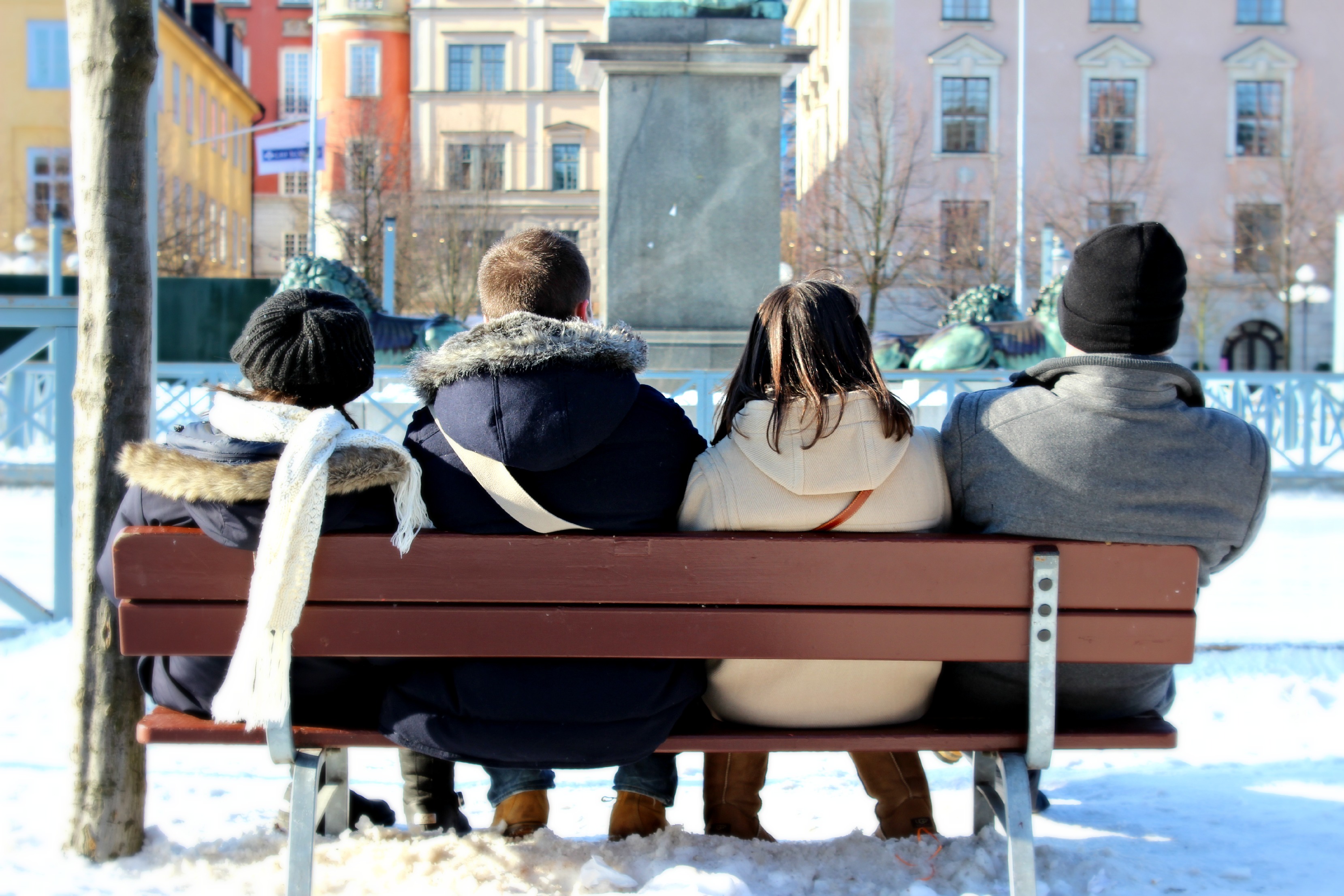 You could easily spend the day viewing the art that this Scandinavian capital has to offer. From the historical maritime Vasa Museum to the more contemporary Abba Museum there is something for just about every art palate.

A great way to explore the city is by boat. Being that the city is actually set across 14 islands, and given that sipping spirits on the water is a favorite Stockholm pastime, this makes it an obvious way to explore. In the winter months you’ll be able to see beautiful icebergs, swans and glaciers. In the summer you might get tricked into thinking for a second that you’re cruising the waters of the Caribbean somewhere. 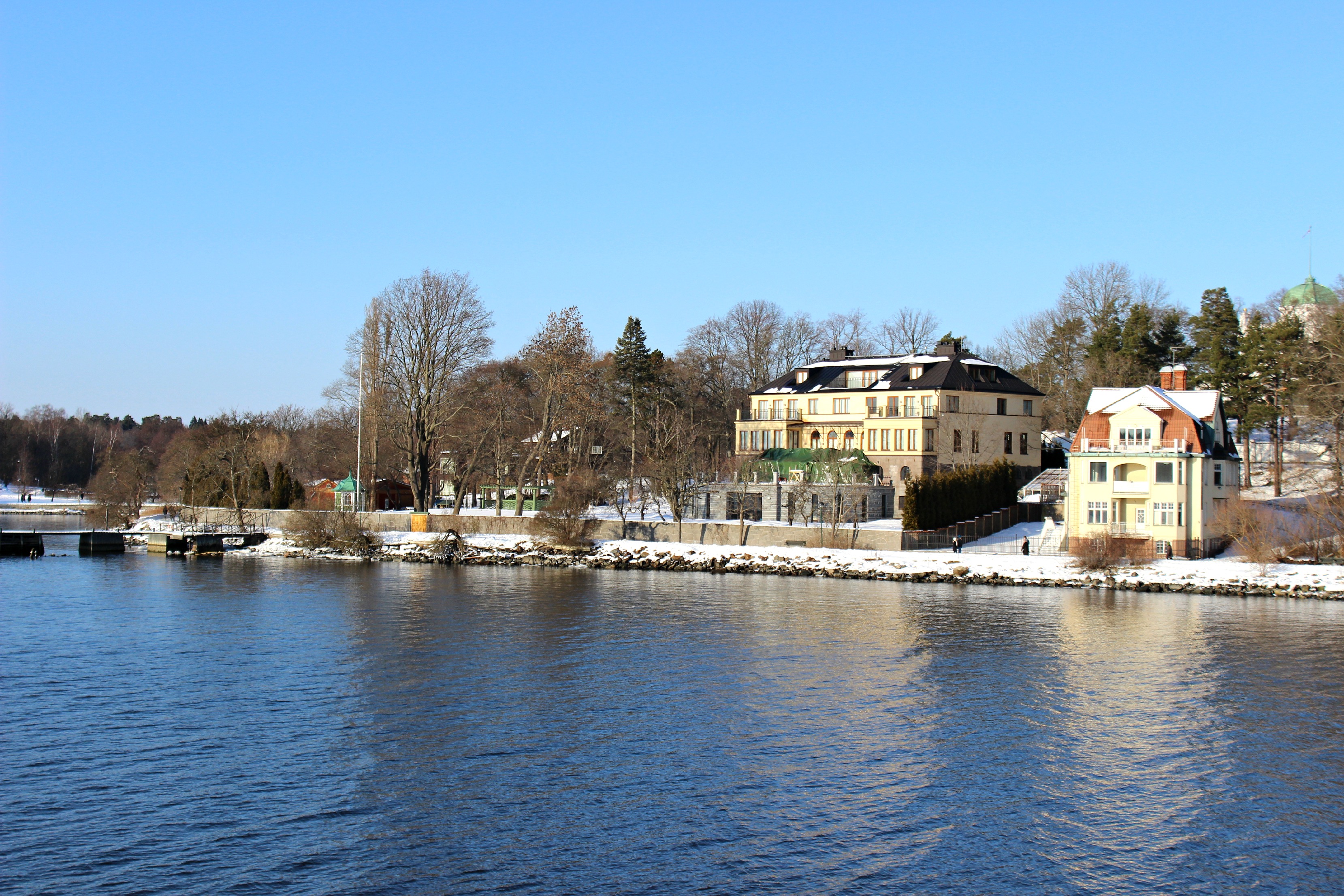 You must also visit the palace to better understand the heritage + the role that the monarchy still plays, while appreciating the detailed architecture that was constructed many years ago. While you’re there swing by City Hall, a place that hosts some of the world’s most esteemed dreamers + creators at the annual Nobel Peace Prize banquet.

From swanky restaurants + trendy coffee houses, to charming landscape and a breadth of culture, it’s pretty certain that you’ll find something unique to love + treasure about this city.